Why there is trouble with American Businesses 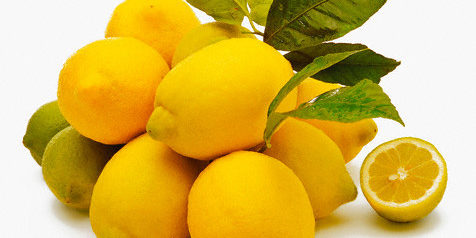 TROUBLE AT THE LEMONADE STAND

A Reader said…
I’m not the swiftest knife in the drawer, but this does not make sense to me as a small business narrative.

Let’s say I invent a new widget, or even better, adapt an old widget to a new use.

I have a business plan, *some* financing, and an idea of how many widgets I am going to have to sell to break even, and how many to make a profit.

I go to the bank with my plan, my good credit history, and a breakdown of how much I will need when. The bank looks it over, approves my plan (even better, approves my plan w/ a lower interest rate if I can secure it with property, savings or have a backer).

I take the bank’s money. First, I use part of the money to make the widgets, part to advertise them, and then as the business grows, part to hire more people because I have now more customers than I can handle by myself.

The business continues to grow and I pay off the loan ahead of time, opening up a money market account with aforesaid bank as a place to keep the growing funds.

If the bank happens to want to buy some of my widgets, all fine and dandy, but making them my customers was never part of my business plan.

I plow my profits back into my business and it continues to do well.

I end up with employees who are very happy to have work in an environment they enjoy.

The only lemons in the deal come in the form of stupid government hindrances like municipal, state, and federal taxes, regulations on the use of my garage as the building I use to make my widgets, and bureaucratic mindlessness like OSHA, paying unemployment tax, etc.

Because of the aforesaid lemons, I finally have to hire an accountant. The costs of doing over-regulated business include things like this that cut into the bonus I was planning to pay my employees.

Shrugging that off, I hire a business coach for advice on improving my business. Thanks to his/her mentoring, my business really increases to the point that I have to move to a larger facility.

Meanwhile, the person who opened that lemonade stand should have stayed an employee in someone else’s business.

OK. So, you missed the point a little bit (a lot). And I agree with your first statement – so let me send you the sharpener.

This should help:
1. You said you would “plow… profits back into… business”…
If you are going to “plow” profits, you are going to need some money – or, at least, someone is! In order for money to be in circulation AT ALL, it first had to be borrowed into existence. There. Are. No. Exceptions.
All money is “created by extension of credit (loans) by private commercial banks”. Who says so? The United States Treasury, The Federal Reserve Bank and the Congressional Research Service said so.

Some people can only handle a small dose of reality – I hope that is not you and I hope that you read, reread, search and research.

RECAP 1: If you “plow”, it’s with someone else’s loan principal, because we literally use debt for money. When you have your AH-HA moment – you will ask yourself why you did not see it the first time around, but you will see it.

2. When a loan is paid back to the bank – the principal is “extinguished” (it’s how they do the accounting). True story. Ask the Treasury, the Fed and the CRS – we did. They wrote us back and told us what happens to that money. Extinguished. Gone. No longer available to anyone.

If I pay interest first, and the bank keeps it as profit, then that means that I might have a chance to sell something to the bank and get some of that money so that I can pay my loan off.

You see, when banks create money, they only create the principal and NEVER the money they want back as interest – so we (We The People) are forced to use loan principal to pay interest payments with and I am sorry, you cannot borrow your way out of debt (have you watched the news lately?).

3. I agree about the government meddling. The only reason that a government, which can coin it’s own money, wants any of yours in the form of taxes, is to influence your behavior. Just think about it. If you could make your own money would you need any of mine? And, ultimately, since the taxes are paid to the government – which turns around and pays the bank for THEIR debt, taxes are a form of interest collection for the banks. You should be ticked about it. Now learn about how to fix it. It’s your government. If they are messing up – organize and help them fix it. It’s America. Hey, the bad guys do it, time some good guys did it. Agree?

4. Help us change the law. Own your money and cut your taxes – WE THE PEOPLE don’t need taxes for roads and bridges etc., like gas taxes – we can create our own money. Debt, interest, inflation and tax free. And we should.

5. Any discussion on money before this is fixed, is small talk. There is a place for that. But, we are in deep trouble here. Fresh, newly created loan money is NOT being pumped into the system fast enough and the game is grinding to a hault. But, loans are being paid off and that money is gone. The money supply is drying up. That’s why they are all about “loan/stimulus/borrow/bailout”. They can’t get the money into the system fast enough.

Passage of The MINNESOTA TRANSPORTATION ACT will create millions of jobs, a vibrant economy, lower taxes and give us the safest, most modern transportation system in the world.